Fall has finally arrived here in Tampa Bay.  The calendar’s change of seasons proved to be rather uneventful with both the pool and air temperatures remaining unaffected, continuing in balmy late-summer fashion.  The only real evidence affirming summer’s dismissal and the hope for prospective seasonal relief is the mockingbird’s return to his customary status as songbird divus.

Daddy always said that mockingbirds didn’t sing during dog days.  In recent years I’ve been paying particular attention to the neighborhood birds and sure enough, by early July each year they stop their enthusiastic melodic recitals and take a break during dog days. I’m really not sure why, but they do. The heat obviously must play a role in their decreased activity, it most assuredly affects mine.  Based on the number of feathers I skim off the pool and his general scruffy appearance, I’m guessing molting has something to do with it as well.  After all, de-clothing remains one of my primary dog days coping mechanisms, among others.  There is some conjecture that dog days also coincides with a non-nesting period.  Who can blame the poor fellow?  If my only choice for nesting didn’t involve air conditioning and was primarily outdoors in the deep southern summer heat, I’d be celibate too.

It is rather uncanny.  For the last three years, our yard bird that prefers the poolside foxtail palm and the neighbor’s bird that sings from atop the magnolia tree outside our bedroom window resumed their vigorous vocalizations either on or within one day of the autumnal equinox.  Regardless of the lack of any overt environmental clue that suggests impending seasonal change, the mockingbird has finally emerged from his dog days funk this year, and so have I.

I hope you will forgive me, but I haven’t been a very good blogger or blog follower these past few months.  Blame it on whatever I will, dog days, the heat, the rain, work, molting, or just life, I took some time for myself.  Oh, I’ve been using the camera pretty much as always but I just haven’t felt like or taken the time to edit, crop, write or post much.

It all started the second week of January when my already ailing father took ill and was hospitalized for what turned out to be the final time.  He fought a good battle, but the end of his life caught up with him in April.  Truth is I’m still trying to wrap my head around it.  I insisted on preparing and delivering his eulogy mostly because I felt someone that really knew the man should honor him, not some preacher with shallow, albeit well intended platitudes.  It was rather cathartic.  However, moving on with daily life without someone’s physical presence is indeed a different matter altogether.  I imagine I’ll be working on this one for a while.

One of the lessons in death is that the cycle of life continues, regardless of how we feel.  Within a week of the funeral, I attended my eldest daughter’s high school graduation.  After having experienced some difficult life changes, though still finishing with honors, she needed a change.  I moved her home to Florida with me the day after graduation.  We had a wonderful summer living together for an extended period for the first time in several years since her mother moved her and her sister to Louisiana.  She was able to gain a new perspective on life through the summer and managed to get her head in a better place for the start of her next chapter in life, college.  The cycle of life continues.

To top it all off, the love of my life has agreed to marry me.  We are making plans to wed in an intimate ceremony this December when all of our families are together for the holidays.  It is a magically special thing to find someone that loves you simply for who you are.  I am so happy to say that at this stage in my life I was able to find that person that I can respect and love for the remainder of my life.  I’m just happy that she finally agreed to make an honest man out of me.  The cycle of life continues.

Thoughts of dad are never far, especially now.  Fortunately, he did meet and got to know and love my bride long before his cognitive abilities failed.  He was, however, not without opinion regarding weddings.  Amongst all the family and both my brother and nephew’s multiple attempts, he attended more weddings than he wished.  Sometime in recent history, my nephew announced the possibility of yet another matrimonial event, to which Dad replied, “I’d rather be in hell with my back broke.”

So, here we are the mockingbird and I.  You’re stuck with us for a while.  I will resist the urge to climb the tree outside your window and yelp.  I’ll humbly be content to digitally insinuate myself into your life at your convenience, for now.

The whippoorwill singing atop the live oak by the lake can barely be heard above the katydids, the rumbling of offshore storms and the hum of the mosquito magnet working overtime in the backyard’s windward corner.  Arrhythemic yellowish-green blinking of lightnin’ bugs and blue-white flashes from the approaching storm fill the impending darkness as the retreating sun de-saturates dusk’s canvas.  Even at this time of the evening the temperature remains oppressive while the seasonal sou’westerly winds keep the humidity palpable.  Streams merge with tributaries that form rivers of sweat flowing south across our nearly naked bodies as we bask in the sauna that is August in Florida.  We are relentlessly deep in the dog days of summer.  It seems they will never end.  And, making it official, in his normal evening perch in the foxtail palm sits the mockingbird, songless.

Mockingbirds sit out this harshest part of the summer.  But no, we aren’t so smart.  We continue suffering our daily activities, wondering how anything might have ever been done in the deep south with clothes on and without air-conditioning or a blender and ice.  Blended, frozen libations in overpriced insulated plastic tumblers and the occasional dip in the pool are the sum of our attempts at mediating the endless onslaught of dog days.  It’s a difficult battle, but one we are willing to wage.  One made easier by the knowledge that heat and humidity do not require a shovel.  I’ll let y’all know when the mockingbird starts singing again. 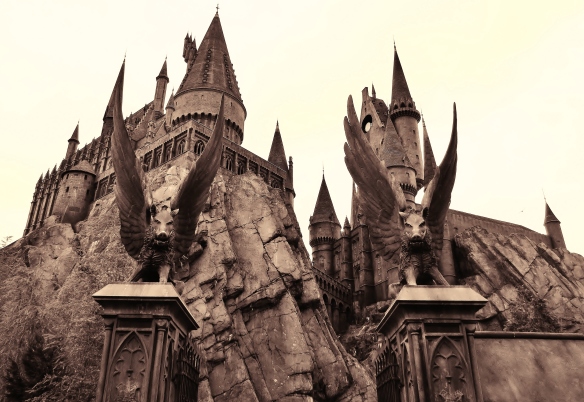 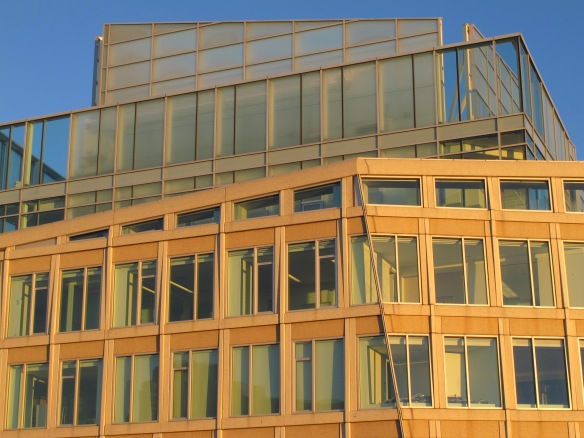 The golden hour colors are responsible for the orange hues in this late evening architecture shot of a primarily beige building. 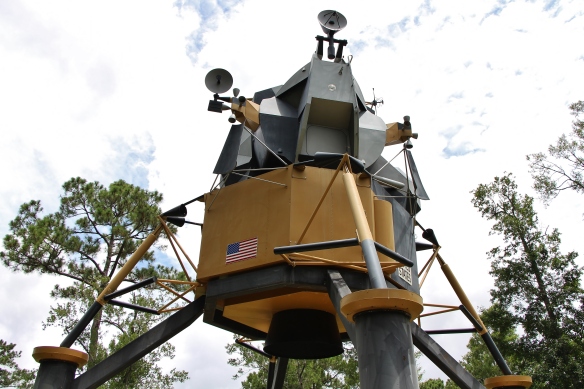 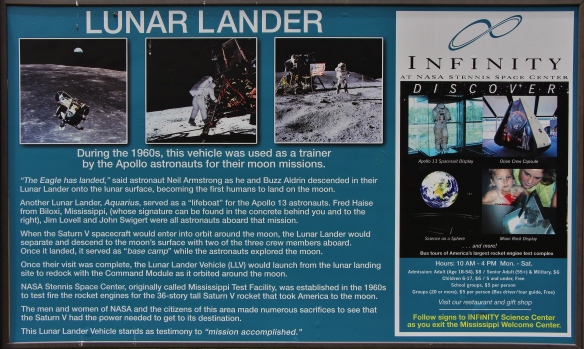 I’ve been spending lots of time in the car with the girls.  One of our favorite pass-times is the famous name game.  For the uninitiated, the name of a famous personality is called and the first letter of the last name becomes the first letter of the first name to be used by the next contestant.  Our rules:  No repeats.  Initials are allowed only if common.  Character names are also permitted if properly cited. The “famous” part can be challenged and disallowed by consensus.

I always try to be educational by naming authors, presidents and older movie actors and singers but wasn’t above using Sheldon Cooper when stuck on yet another S name.  My 18 year-old is very competitive and instituted a 20 second rule.  The 10 year-old was allowed sole possession of Disney Channel actors and characters, but surprised us when she called me on incorrectly naming Star Wars’ sound track composer Robert Williams instead of John Williams.  Here are some recent highlights:

“She sang Killing Me Softly when it was first a hit in the early 70’s.”

“No, Wilbur’s brother…just what do they teach y’all in school?”

“He didn’t direct The Great Gatsby!”

“Dad, are you gay?  You don’t know who Sofia Vergara is?” 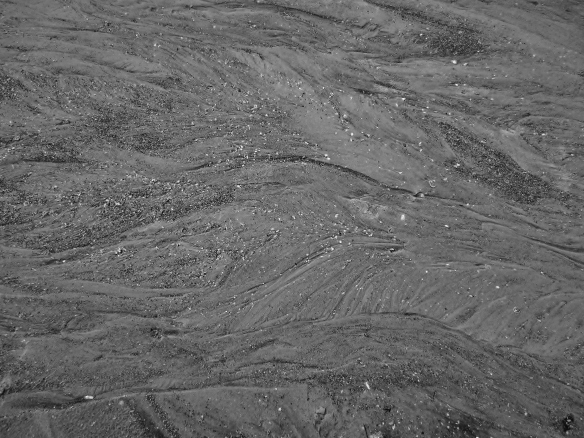 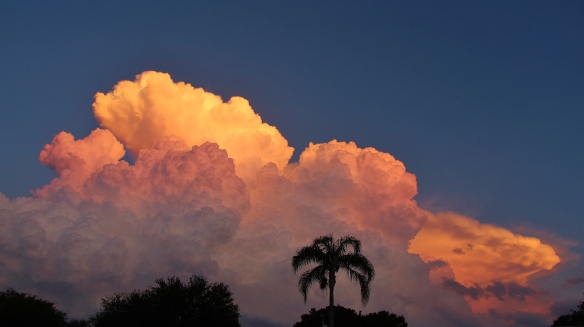 Storms from the east coast and west coast sea breeze fronts have been colliding over Tampa Bay this week just in time to be painted by the setting sun. 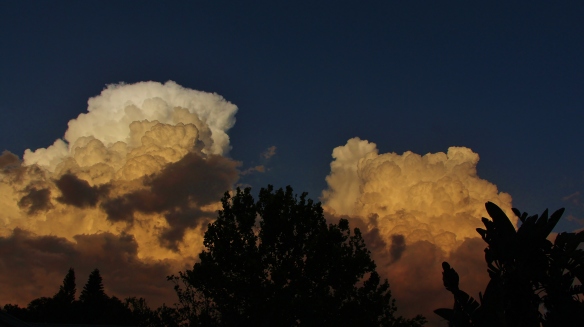 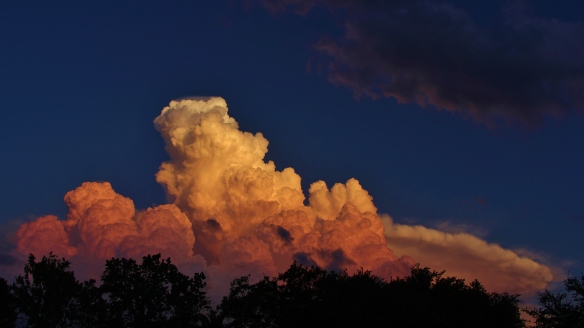