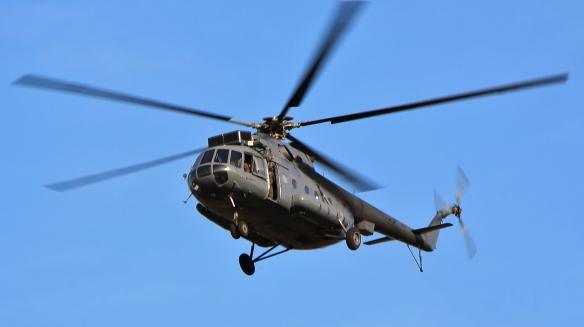 While I was shooting the old schoolhouse in my last post, a pair of Russian made MI-8 choppers came in right over the school. 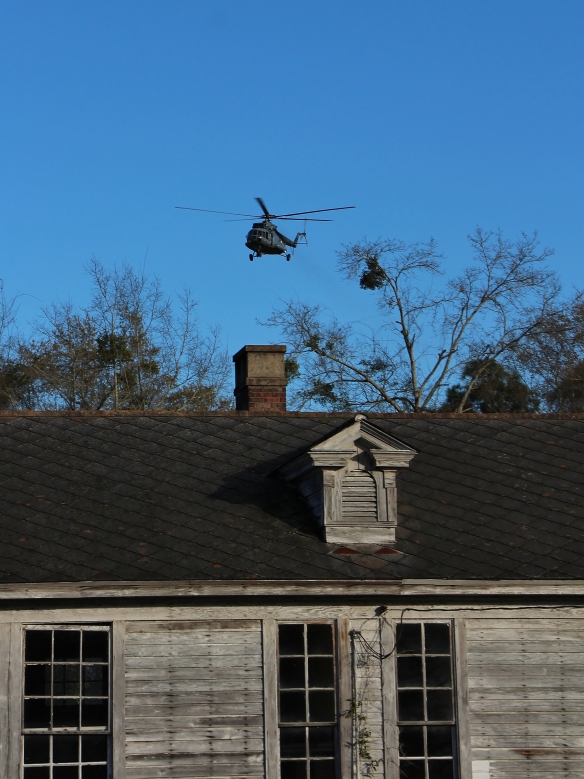 This area is not far from the U.S. Army’s Ft. Rucker in Dale County, Alabama, where both the Army and Air Force have helicopter training squadrons. 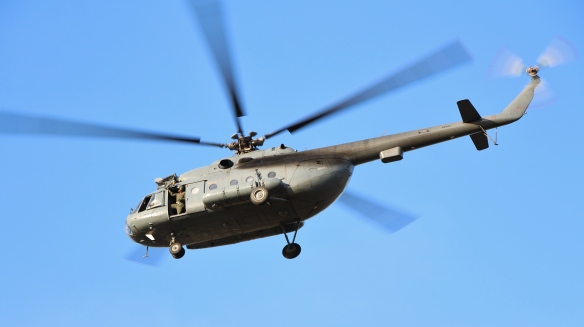 They were passing fairly slowly and gave me time to get several good shots. 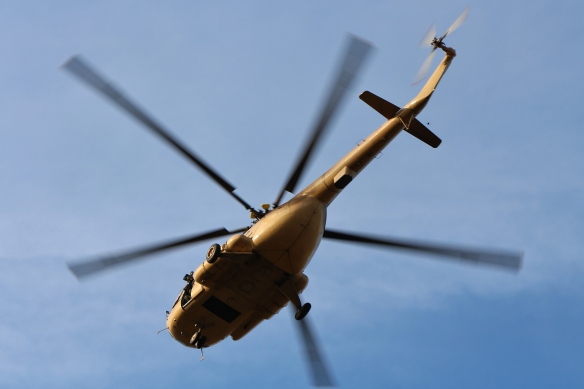 One was green and the other desert sand. Both models have some sort of box on the roof of the cabin in front of the turbine intakes that I can only assume is an air intake filter for operating in sandy environments. 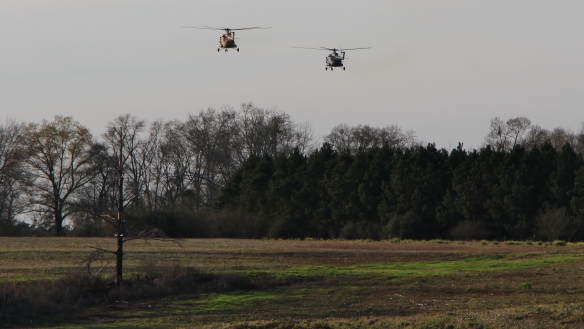 A few minutes later, while taking the photo of the nearby red weed field, the pair came back around for another practice pass at whatever they were targeting for the day just south of Andalusia, Alabama. 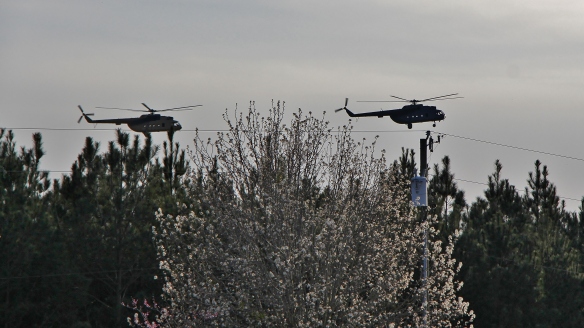 It’s always nice to have your camera in your hand when a shot comes along.